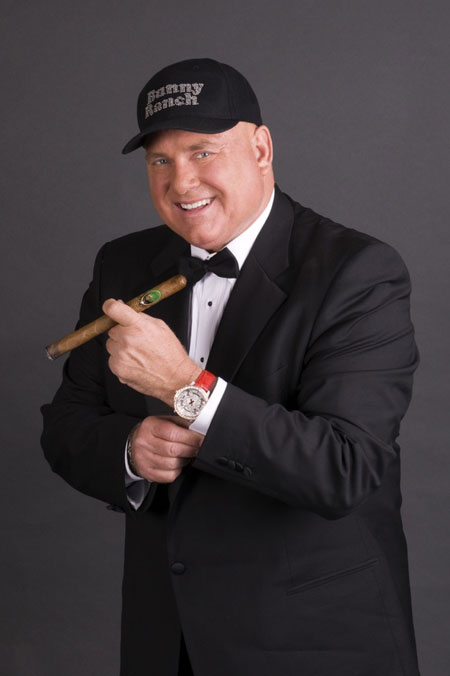 Dennis Hof is the charismatic and controversial owner of the Moonlite Bunny Ranch, the most famous legal brothel in the history of the world, located in Carson City, Nevada. From humble beginnings, and with no background at all in the adult entertainment field, Hof has single-handedly revolutionized the image, quality and popularity of that quintessential national sexual contradiction–the American brothel.

Part-P.T. Barnum, part-showman, and part-plain old red, white and blue horndog, Hof has taken-no-prisoners along the way to building a $50 million dollar adult sexual empire, and still exhibits no signs of slowing down. From being the first brothel owner to bring in major porn stars like Sunset Thomas to party with their fans, to putting the Bunny Ranch on the international media map by landing the smash hit HBO-TV series “Cathouse” featuring the brothel in prime time’s long-running reality-TV show, to being featured thousands of times on other media outlets over the years—Hof is the most high-profile legal “pimp” ever.

Hof’s promotional gambits ranging from auctioning off actual virgins, to running “Get Your Grandpa Laid” contests on the Howard Stern show, have always kept him in the public eye, but Hof’s true mission is to advocate for the legalization and regulation of sex work throughout America, and to fight against sex trafficking and the criminality that stigmatizes the sex industry and prevents sex workers from realizing their true potential as practitioners of the oldest profession. The brothel mogul has been repeatedly featured on prime time TV programs, ranging from the Today show, Nightline and Oprah, to Bill O’Reilly, Dateline NBC and 20/20.

Hof owns a total of seven licensed brothels throughout the state of Nevada including the Love Ranch, the Sagebrush Ranch, the Kit Kat Ranch, and the Alien Cathouse, as well as a strip club called Madam Suzette’s Red Light Cabaret, a cigar-bar restaurant and nightclub called the Bunny Ranch Bar and Cigar, and numerous other adult-themed and mainstream properties.

Hof has lectured at Oxford, Trinity, the Sorbonne and hundreds of other major universities, colleges and public events around the globe. Hof is the author of the best-selling book, “The Art Of The Pimp: A Love Story” published by Regan Arts. The bio-tome is available worldwide at Amazon.com, BarnesAndNoble.com, and wherever finer books are sold online and in retail outlets. The Bunny Ranch just celebrated its’ Diamond Anniversary 60th Year in business.

We use cookies for various site operations such as improving website experiences, analytics, remembering preferences or settings, interest-based advertising and marketing.OkNoPrivacy policy
You can revoke your consent any time using the Revoke consent button.Revoke consent